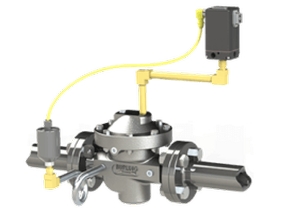 In this blog, Fluid Controls takes a look at Proportion-Air’s range of regulators, including electronic and steam regulators, which can be used to control the temperature of saturated steam by controlling the precise pressure.

Proportion-Air was founded in 1985 and is one of the leading manufacturers of electronic air pressure regulators and air flow control valves. Fluid Controls offers a large range Proportion-air products, allowing you to select the most suitable product for your application needs. As Proportion-Air suppliers, Fluid Controls can supply their complete range of regulators. 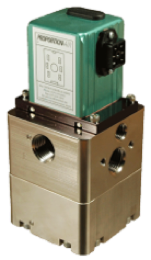 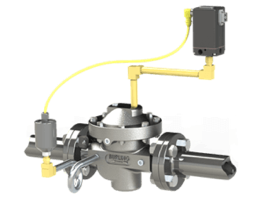 The PABD 4 series of Proportion-Air’s steam regulators comes in two separate versions: a single or a double electronic control. An electric pilot controls the pressure to the PADM steam regulator dome. The dual loop version senses pressure in the main line and allows for the electronic regulator to compensate for leaks, back pressure and any other mechanical deficiencies.

Speak to a Fluid Controls adviser today about all your Proportion-Air steam regulator requirements by calling +44 (0) 118 970 2060 or email fluid@fluidcontrols.co.uk.

Why you should choose Welker Jet® control valves The Welker Jet® is the only natural gas control valve designed by a natural gas engineer specifically for the needs of the natural gas industry. Invented in 1958 by Robert H. Welker, founder of Welker Engineering, the Jet® is still untouchable more than 60 years later. No other control valve can... Read More
Introducing our range of Welker products Welker Engineering manufactures specialised instrumentation for the oil and gas industry. Their extensive product line provides a wealth of effective solutions for countless oil and gas applications, from sampling to conditioning, filtering, regulation, injection, containers and control. All of their... Read More
What is a flow switch? A flow switch can perform a range of functions across a variety of applications. Designed to control the flow of liquid or gas through a designated channel, flow switches are used to monitor flow rates of liquids, protect pumps and trigger alarms if the flow is too high or low. Here, Fluid Controls... Read More
Introducing the Norgren air pressure regulator range Air pressure regulators are found in most industrial settings, from processing plants to manufacturers and repair and maintenance facilities. Any setting where compressed air or gases are used will have an array of air pressure regulators in use to ensure a safe environment where equipment can function... Read More
How Parker tube fittings can benefit your processes For guaranteed leak-free and secure connections, there are no better industrial tube fittings on the market than Parker tube fittings. As a revered name in the manufacturing world, Parker flow control equipment is synonymous with innovation - a quality that extends to their industrial tube fitting... Read More